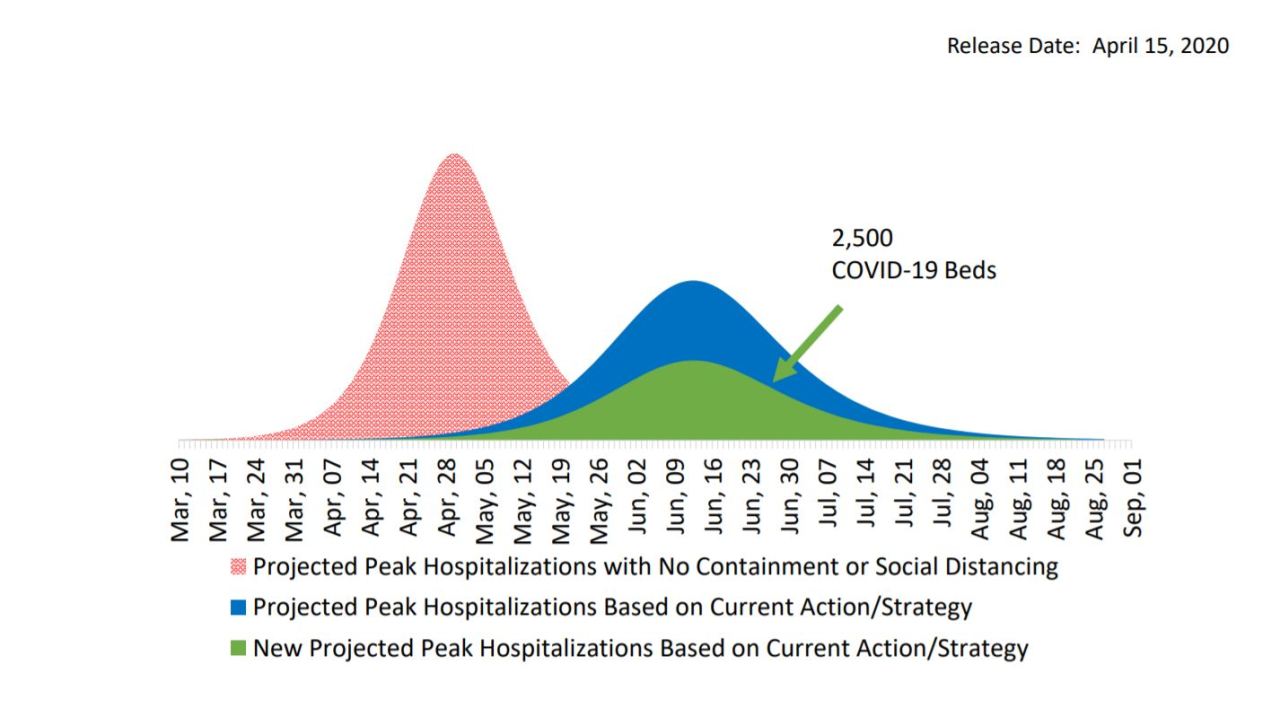 Monument Health in Rapid City released data Wednesday showing a stark reality of what may come to Western South Dakota. COVID-19 cases West River are expected to nearly triple in the next two weeks, based on local data from the health care system.

While local data is being used to make those predictions, so much is still unknown about the coronavirus.

The South Dakota Dept. of Health released a curve in mid-April, projecting the state’s COVID-19 cases to peak by mid-June.

What the curve doesn’t show is the timing for peak projections in smaller communities across the state where cities and towns have seen numbers grow differently over time.

In Monument Health’s data released Wednesday, the peak is predicted in late June, weeks ahead of the previous thinking. Health leaders say up to 400 people could be hospitalized in Rapid City at that time.

The challenging part of the planning puzzle — tourists.

“Looking at the impact of tourism on our model is very difficult and we’re having trouble finding standards to utilize and other examples to use in that decision making,” said Chief Medical Officer at Monument Health, Dr. Brad Archer.

Monument has been working with the state Dept. of Health to pull in historical travel averages to best guess who will come from where.

“[We’re] trying to come up with some estimation of what we assume would be the asymptomatic carriers that would end up being vacationers opposed to the people who have symptoms who, we assume, would not be traveling as much,” said Dr. Archer.

But how many people are asymptomatic?

He says the only way to answer that question is through a mass testing event of all people. As the state continues to mass test retirement homes and assisted-living facilities, Dr. Archer says there might be knowledge to gain but the sample pool isn’t diverse enough. The population currently undergoing testing has been isolated and taken steps to protect themselves. He adds that individuals who tend to be asymptomatic are younger people.