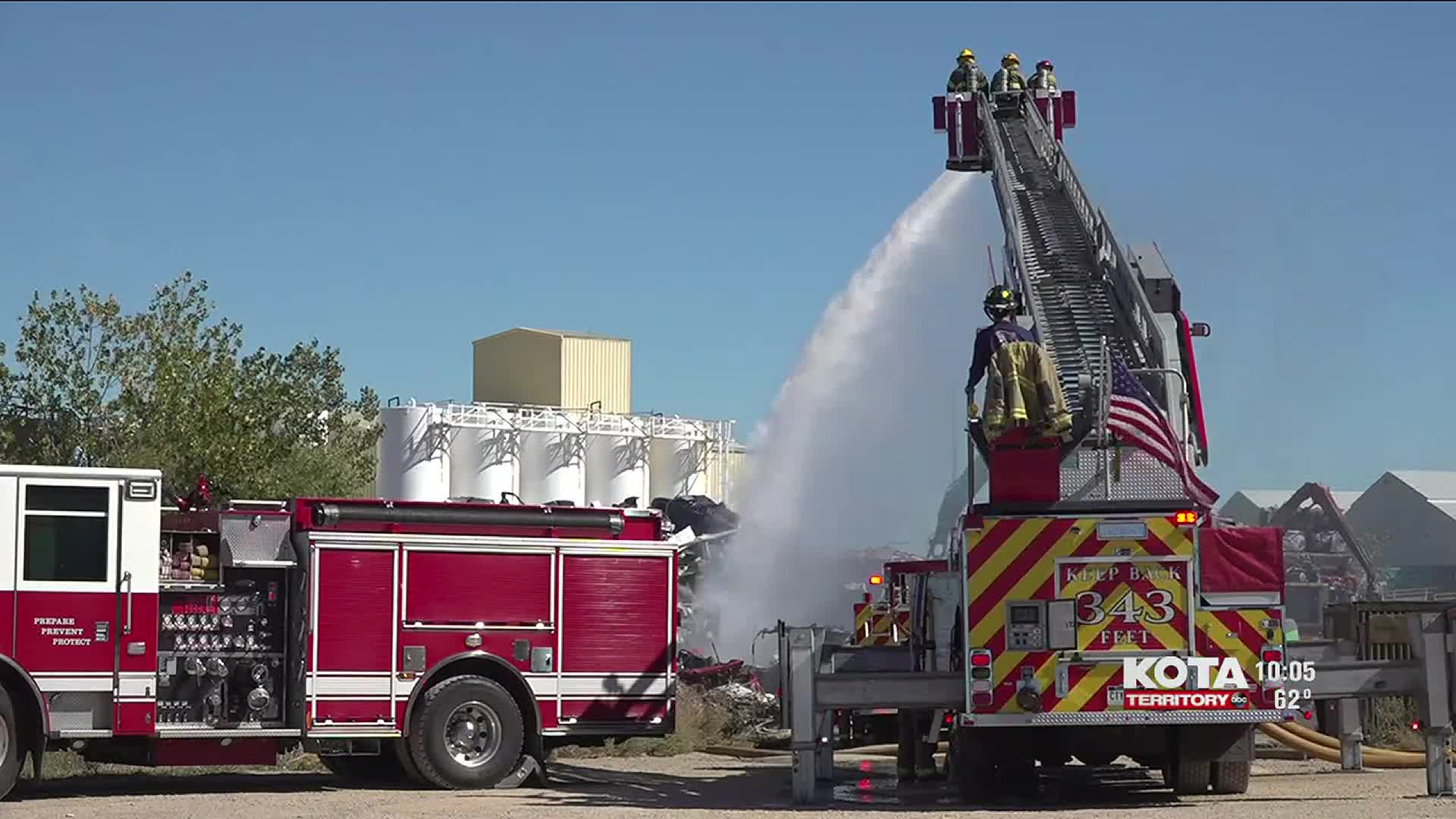 The fire as been reported as contained. Roads are no longer closed.

A pile of scrap metal caught on fire at Pacific Steel and Recycling Tuesday afternoon. and crews were quick to arrive on the scene, concerned that things could quickly spiral out of control.

Firefighters were called onto the scene just before 1 p.m.,but before crews arrived they received reports that the fire was rapidly advancing.

A Batallion Chie requested an additional truck to give the crews an elevated way to fight the fire from all sides.

Crews were alerted to nearby materials like ammonia and sulfuric acid, as well as vegetation that could have rapidly spread the fire.

“Right now we are in an overhaul phase so we are working with Pacific Steel staff to pull this pile apart and as they do that we’re going to drop water down in there from the elevated stream and then also from the ground,” Jim Bussell, RCFD public information officer said.

Crews were able to knock out the fire fast and are still investigating the cause.