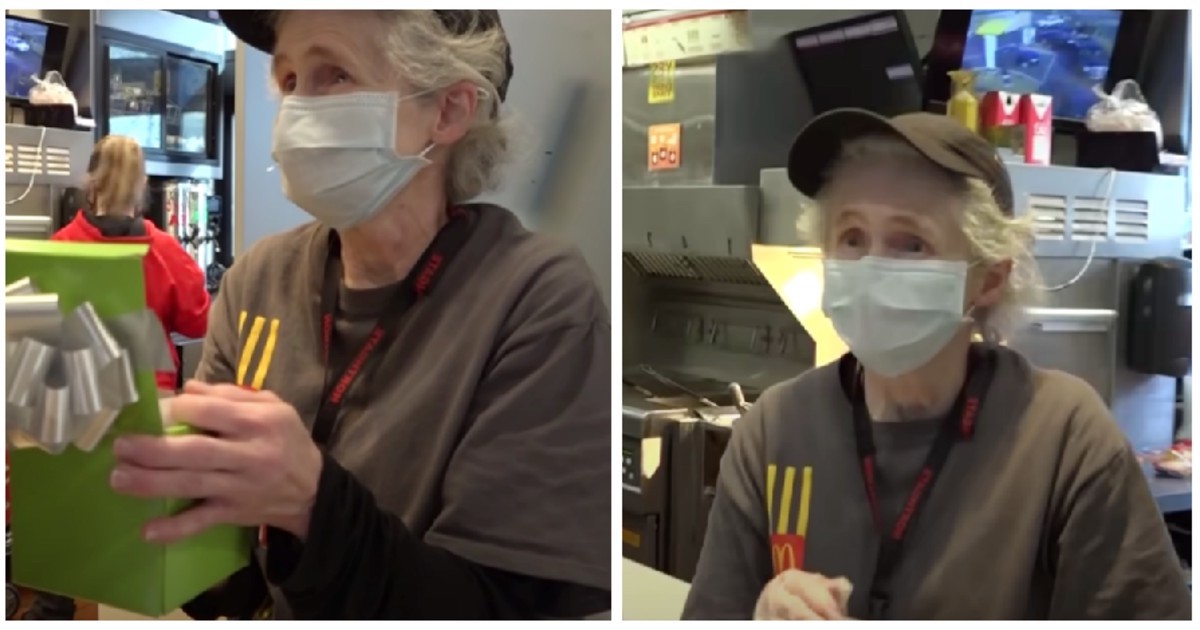 A man in Idaho, who wishes to remain anonymous is going around giving away $500,000 to people on his list. This grandmother and her husband have not retired and work constantly. The couple delivers newspapers in the early morning. After the paper route is done, she goes to her full-time job working at McDonald’s. She is hoping to save up money, while providing for both her and her husband, as he is on disability.

Her name is Diana Boldman, and she is a 64-year-old woman from Idaho. The “Secret Santa” chooses to remain a secret, so he enlisted the help of East Idaho News to hand out the gifts. Anchorman Nate Eaton was able to give Diana her present.

“A local Secret Santa who lives here in our community said ‘I want you to go to McDonald’s and I want you to surprise Diana with this car. And, not only is she gonna drive home in this car today, Secret Santa also bought her $5,000 in gas cards.”

When she was presented with the new car, she was as shocked and excited as to be expected. Holding back tears, all she could say was “Oh my goodness.”

Diana finishes the news segment by saying, “Tell the Secret Santa I said, ‘Thank you ever so much.’”