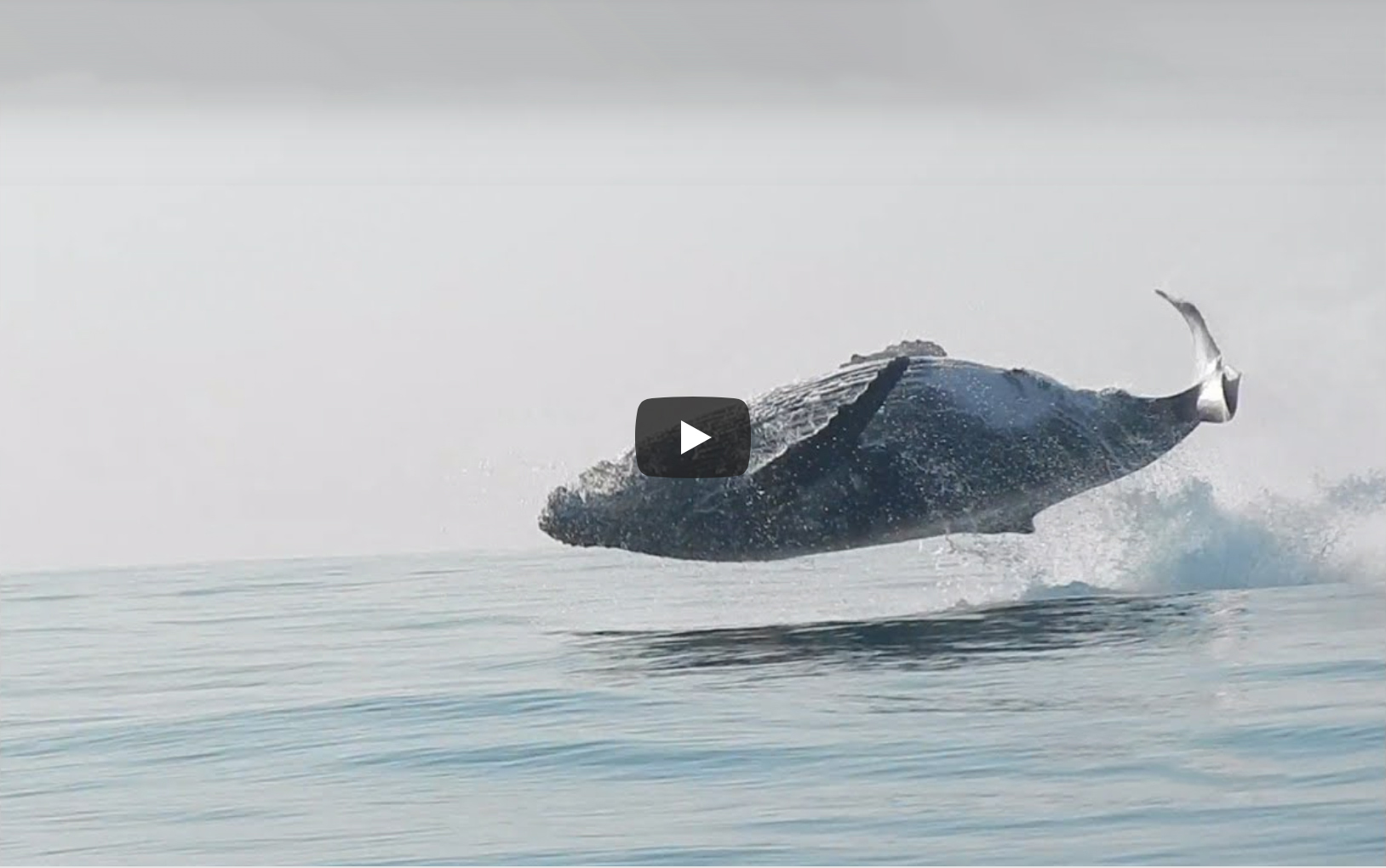 Humpback whales are massive, with males being about 14 meters long, and females even longer for a few meters. They have enormous and dark bodies which are flanked by huge pectoral flippers growing up to around a third of their body length. They are still graceful and tuneful and sing some of the most complex and longest songs in the animal kingdom, so they are virtuosos of the deep, and masters of melody.

Knowing that an adult humpback whale can grow to weigh 36,000 kg makes it a bit hard to believe that they are even capable of leaping out of the water.

However, Craig Capehart, a scuba diver, captured this moment. He was sitting in a “rubber duck” inflatable boat in the Indian Ocean off the coast of Mbotyi when the graceful giant appeared.

He said that it probably weighed about 40 tons. He recorded this rare event of an adult humpback whale leaping entirely out of the water, and it was the first time someone managed to do so.

It is still not clear why whales jump out of the water, but scientists theorize that they breach, then slap the water, as a way to communicate.  Take a look at the following video for a more detailed explanation: