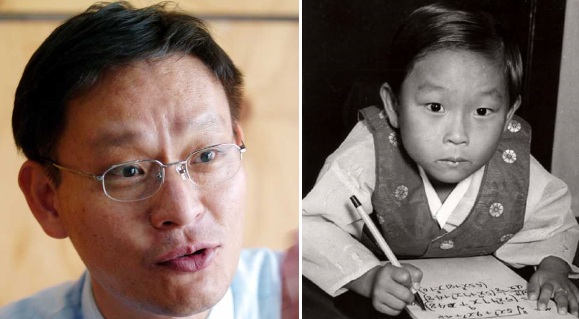 Kim Ung-Yong, the man with the highest IQ has a powerful message that will change the way you think

A former and current genius broke the chains and raised above the systems. Kim Ung-Yong, a civil engineer and former genius child displayed incredible and high intelligence shortly after his birth. He was listed in the Guinness Book of World Records under “Highest IQ”. But, he wants to announce to the world that IQ is not the key to happiness. He told the entire world what really matters…

Kim Ung-Yong was born in Gangneung, Gangwon, South Korea. He started speaking at the age of 6 months and was able to read Korean, Japanese, English, German and many other languages by his second birthday. By the time he was four years old, his father claimed Ung-Yong had memorized about 2000 words in both English and German. He was writing poetry in Korean and Chinese, and wrote two short books of essays and poems. At age four, he scored over 200 on an IQ test normally given to seven-year-olds.

NASA could not miss to see an extremely rare intelligent mind, so at the age of 8, Kim Ung-yong was brought to NASA. In the beginning he was learning the rookie stuff, but in 1974 he began working alongside some brilliant minds. He spent almost a decade at NASA. The reality is that for Kim Ung-Yong this wasn’t right. After years of pushing himself to the limit, he started to feel a sense of emptiness and void in life. He claims those years as the years of robotic life.

“At that time, I led my life like a machine – I woke up, solved the daily assigned equation, ate, slept, and so forth. I really didn’t know what I was doing, and I was lonely and had no friends. People always try to be somebody special by neglecting their ordinary happiness. But they should know happiness means ordinary things that we take for granted, such as nourishing friendships, sharing memorable moments with friends at school and so on…I couldn’t have these things even if I wanted to. This is why I know that what I’m saying is important.”

Having a high IQ isn’t always a gift. Kim missed many things ordinary children experience, his childhood was lost. Kim insisted that life without human relationships is no life at all. Kim’s message is loud and clear: “Being special is not as important as living an ordinary life.”