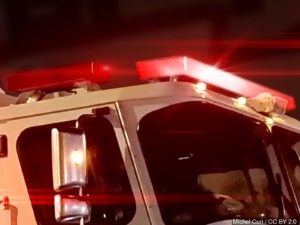 When crews arrived on scene, they found two civilians attempting to put out the one to two feet high flames with fire extinguishers.

Firefighters were able to attack the head of the fire to stop it from progressing any further and were able to put the fire out quickly. The fire burned about a tenth of an acre.

Two juveniles were spotted running from the scene and it remains under investigation.

The RCFD would like to remind everyone that with above average temperatures, dry conditions, and very little moisture, please be aware of your surroundings. Fires can ignite and spread very quickly in dry conditions.