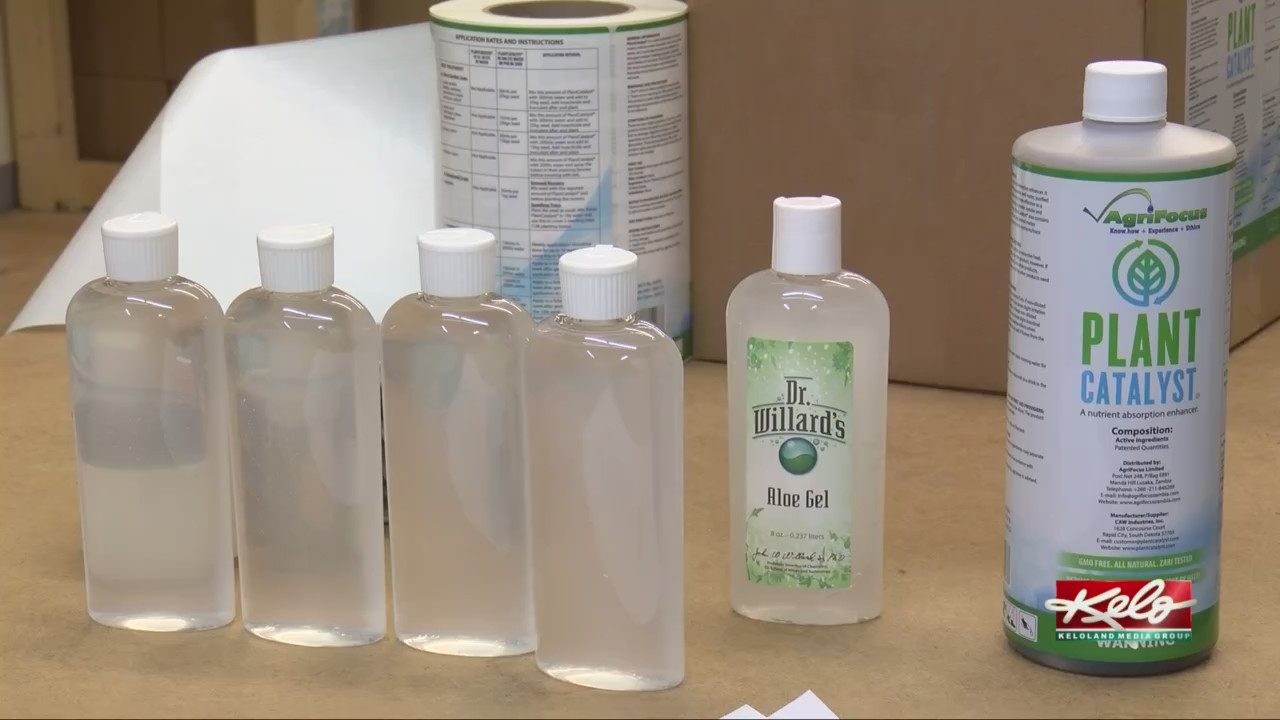 One manufacturing company in western KELOLAND is doing its part to slow the spread of COVID-19 by retooling its business to make hand sanitizer.

Some of the products made here, including Aloe Gel, can be used for a number of different things.

“I saw a story on CBS This Morning last week, an interview with the President of Ford Motors. She was talking about how Ford was retooling their company to make ventilators and masks, and started encouraging other businesses to do the same,” Willard said.

The story inspired CEO John Willard to change up his company to create a much-needed hand sanitizer.

“I reached out to the Governor’s Office of Economic Development. We had all of the ingredients but we couldn’t find any alcohol to make the sanitizer. They put me in touch with Redfield Energy,” Willard said.

Redfield Energy donated about 100 gallons of ethanol which will make about 2,000 bottles of hand sanitizer. If CAW needs more, Redfield Energy has agreed to help out.

“He asked what we wanted for it, I said we were willing to donate it for this cause and he, in turn, said he would donate to a charity of our choice and we immediately thought of the nutrition mission, and he donated a thousand dollars,” Simon Appel, with Redfield Energy, said.

“I have a lot of friends and relatives who are already helping out. They’re police officers, they’re first responders, they’re nurses, they’re doctors, they’re in the military so we are really enjoying this opportunity to at least do something small,” Willard said.