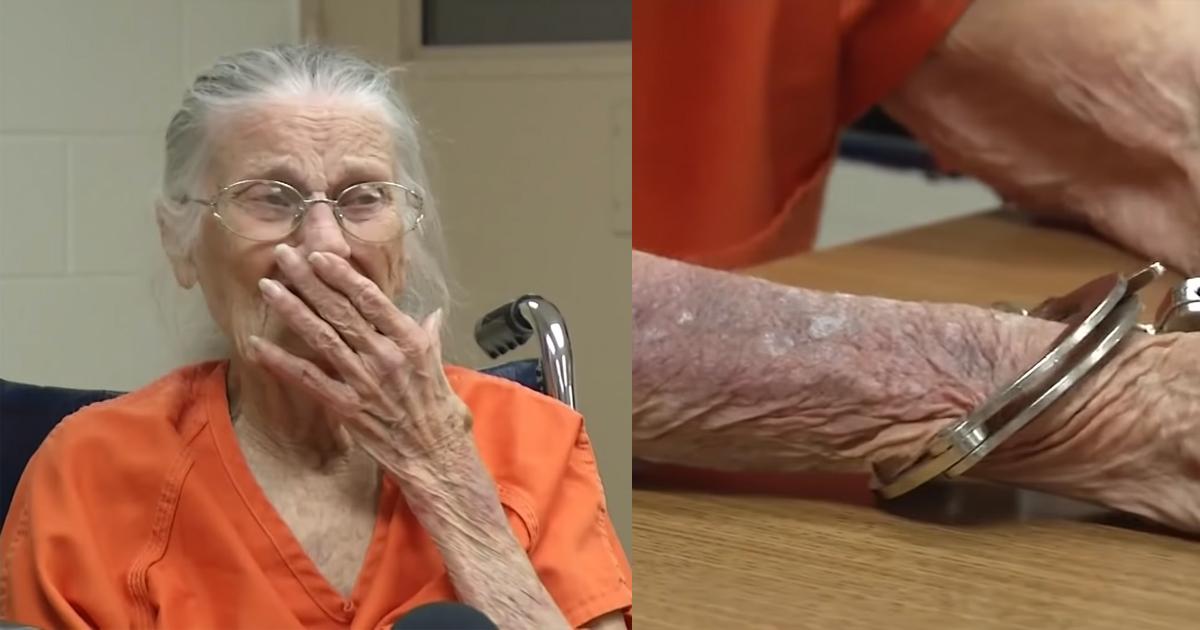 94-year old Juanita Fitzgerald was arrested in Florida four days before her 94th birthday, after failing to pay the rent at Florida senior living facility, Franklin House where she lived since 2011. During the arrest, Juanita was scared that she won’t get her stuff back, but she had no choice but to leave all her possessions at the senior home. She was charged after she was unable to pay $161 for her rent and was also charged for trespassing.

She allegedly told the authorities that she will not leave the premises unless she was carried out. In a body camera footage during the arrest, she is seen screaming and resisting while trying to avoid being carried off. She had obtained a couple of bruises in the forearms and wrists as well as scratches and bruises in her ankles due to the cuffs placed on her during her detention.

This video was reported in news all over the country and concerned citizen started a GoFundMe for Juanita’s bond. It was fortunate that the bond is only $500, and she was able to get out of jail before her 94th birthday. One of her friend’s son from the senior home had paid for a motel she can stay in. Afterwards, one of her friends moved her to another motel.

Born and raised in Kentucky, Juanita married at the young age of 17 and had two children. She married the second time and divorced in 1970. She mentioned in an interview while she was in jail that she has nobody and that her family lives in Tennessee. Board members of the Mid-Florida Homeless Coalition are trying to accommodate Juanita to make sure that she does not end up living on the streets. While she continuous to decline any help from government social services.

The Department of Children and Families or DCF said that they are trying to reach out to Juanita to be able to initiate a formal investigation. However, there are a few limitations encountered because they must evaluate whether Juanita has the ability to think for herself and to give consent. A homeless specialist for LifeStream said that they had to wait for a few days for Juanita and that they will provide help for her if she lets them.