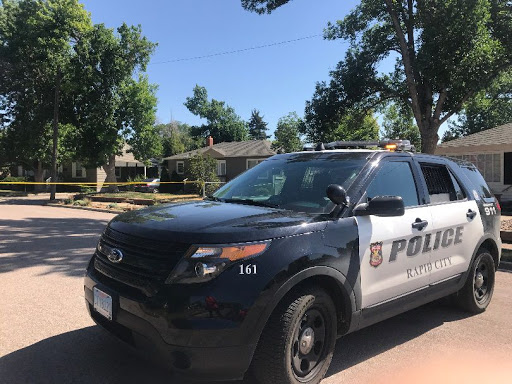 Rapid City, SD – According to the police report, the 22 year old Monterion Winfrey of Rapid City is in custody after a police chase ended with a successful pit maneuver on East North Street Monday night.

The vehicle, a white Chrysler 300, was reported stolen around 1:40 p.m. December 12 from a resident on North Lacrosse Street. Later that same evening, RCPD received a report of shots fired in the area of Herman and East Denver Street. Witnesses said the shots had come from a white Chrysler 300. Police pursued the vehicle onto 5th Street and confirmed it was the stolen vehicle. Officers lost sight of the vehicle while positioning themselves for a traffic stop.

Shortly after police lost sight of the vehicle, another round of gunshots were reported near Locust and East Centennial Streets. The individual who placed the call to 911 stated they heard gunshots and observed a white Chrysler 300 leave the area at a high rate of speed. Bullet casings were recovered from the scene.

Around 10:20 p.m. on December 14, police spotted a white Chrysler 300 parked and left unattended at a fuel pump. The officer called for backup and observed two men leaving the gas station and approaching the vehicle. Upon announcing himself, the two males fled in opposite directions, and the officer pursued the male that had attempted to enter the stolen vehicle on the driver’s side.

The officer observed him run to 625 E. Disk Drive, and later enter the Chrysler 300 and began driving toward E. Disk Drive. Another officer on scene observed the suspect vehicle driving toward a responding Sheriff’s Deputy who was out of their vehicle. Believing the Deputy’s life to be in danger, that officer fired several shots at the vehicle’s engine compartment in an effort to disable the  vehicle. The vehicle swerved, missing the Deputy, and continued onto East Disk Drive. The vehicle continued westbound on East Disk Drive before turning south onto North Maple Avenue, and later onto East North Street.

A tactical vehicle intervention was performed successfully on the suspects vehicle, causing it to spin out. Other officers then positioned their vehicles to pin the suspects vehicle in place, however, the suspect driver evaded their attempt, and an officer fired at the vehicle’s tire in order to disable it. The effort was to mitigate the ongoing public safety threat posed by a reckless driver.

Winfrey was placed under arrest for Possession of a Stolen Vehicle, Aggravated Eluding, Obstruction, Intentional Damage to Property, and a Parole Hold with additional charges pending as police continue to investigate the incident. No injuries were reported in relation to any of the gunshots.