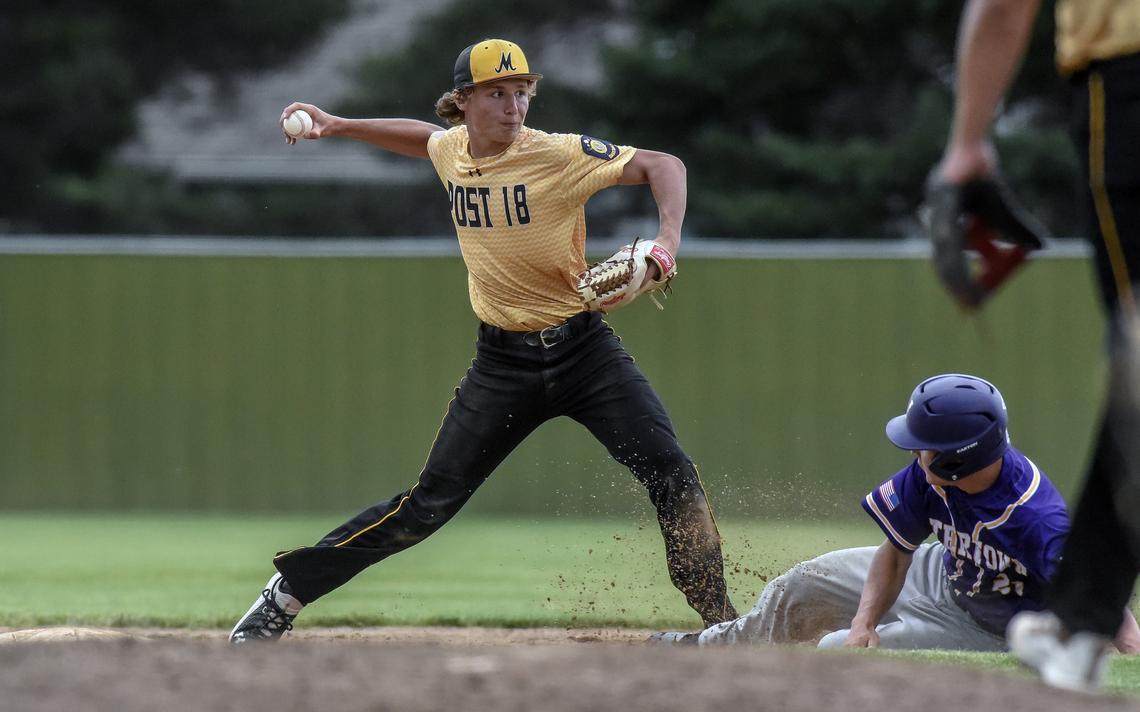 The Gillette Hladky tournament over the weekend had bigger ramifications for Mitchell Post 18 than simply boosting its overall record by going 3-2 in five games.

It also kept it in line to host a postseason series by splitting a pair of games against Rapid City Post 320. Post 18 fell 5-2 in pool play to the Stars, but then ended the tournament with an 11-8 win. The split pushed Mitchell’s record to 11-9 overall and 8-6 against Class A teams, giving it a 40.7857 power-point average and placing it eighth at the end of the weekend.

Post 18 has eight doubleheaders against Class A opponents scheduled in July, including a 5 p.m. doubleheader against Sioux Falls East today at Cadwell Park. It also plays Lennox and West Central, and competes in the Rapid City tournament on July 16-19, but only Class A opponents count toward the power points.

Monday’s contest could be a postseason preview given Sioux Falls East (3-3, 40.5000) sits ninth in the standings. It already defeated Sioux Falls, 5-1, in the Sioux Falls tournament on June 12.