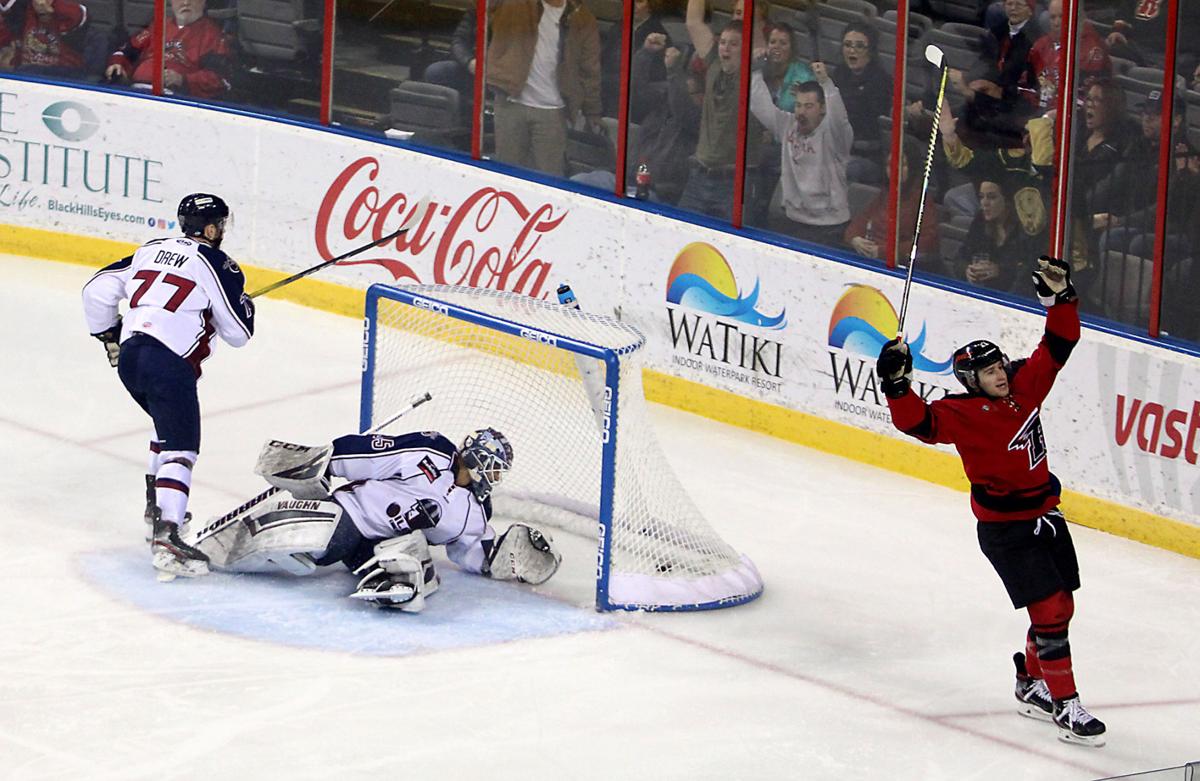 The Tulsa Oilers bounced back against the Wichita Thunder to remain 9-0-0 on home ice and atop the ECHL standings. Two third period goals helped the Oilers defeat their division rivals 3-1 on Saturday at the BOK Center in Tulsa, Oklahoma.

Wichita opened the scoring for the second consecutive night when defenseman Nick Trecapelli buried a one-timer on the power play. Trecapelli’s opening goal was assisted by James Melindy and Matt Deblouw.

Axel Blomqvist scored his second of the season 8:19 into the second period to tie the game. Danick Paquette and Danick Gauthier had the assists. The assist was Gauthier’s first point as an Oiler.

The Oilers took their first lead of the night 12:15 into the final period. Defenseman Tyson Wilson scored his first career goal on a net-mouth scramble to make the game 2-1. Pleskach and Brown assisted Wilson’s goal. Emerson Clark, who rallied the Oilers’ crowd with a huge third period fight, put the game away with a beautiful backhand goal with just under five minutes remaining. Ben Murphy and Shawn Bates picked up the helpers on Clark’s sixth of the season.

The Oilers’ victory gives them a 2-1 lead in the Stone Wolf Casino Cup Series. Tulsa and Wichita will play each other 11 more times this season.

The Oilers will have the rest of the weekend off before returning to the BOK Center on Wednesday, November 16 to face the Rapid City Rush at 7:05 p.m.