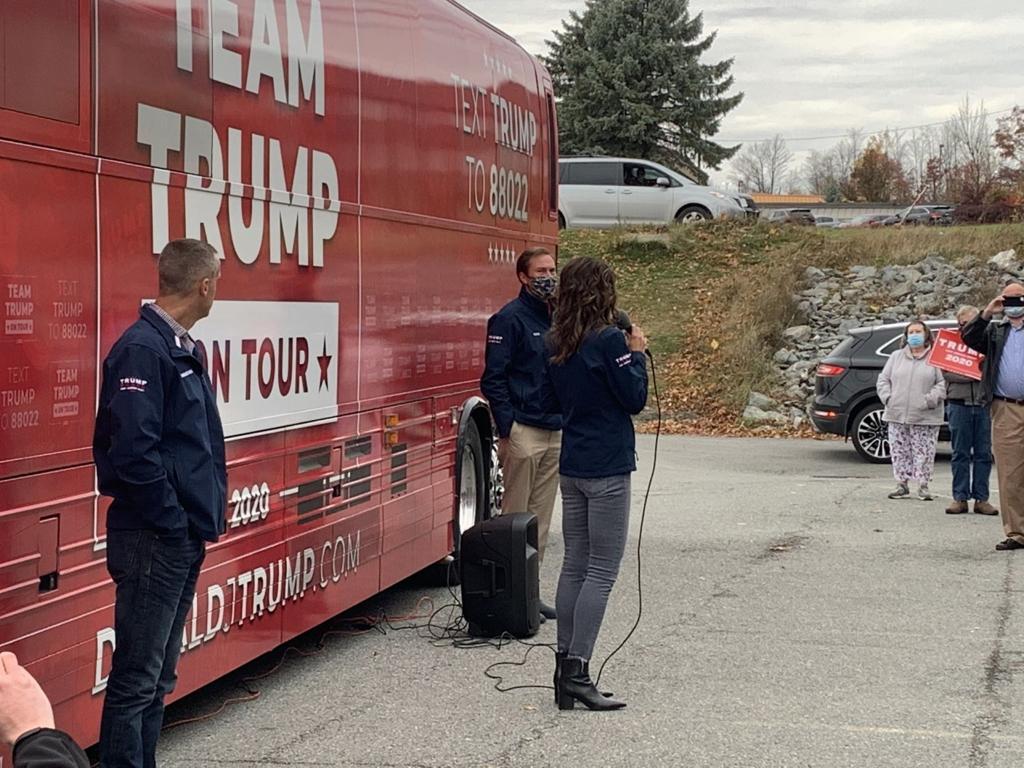 The man arrested for brandishing weapons earlier Wednesday was harassing others at the Trump event hosted by Gov. Kristi Noem, according to her security team.

Peter Beitzell, 58, was harassing and exchanging words with others in the crowd before brandishing weapons at a Trump campaign event in Bangor, Maine, Noem’s security team said. The security detail, consisting of two South Dakota high Patrol troopers, went into action to assure Noem’s safety.

Security approached Beitzell, which made him upset. Allegedly, during the exchange, Beitzell exposed a wooden baton and large fixed-blade knife and moved toward the crowd.

At one point, Beitzell allegedly turned and began walking toward one of the security officers while still holding the weapons.

Beitzell ignored security’s orders to put the weapons away initially. But eventually returned to his vehicle and put his weapons away.

The Bangor Police Department transported Beitzell to the Penobscot County Jail. He was charged with Criminal Threatening with a Dangerous Weapon (Class C Felony) and Disorderly Conduct (Class E Misdemeanor).

Beitzell has since posted a $200 cash bail and is no longer in jail.

No one was injured during this ordeal.