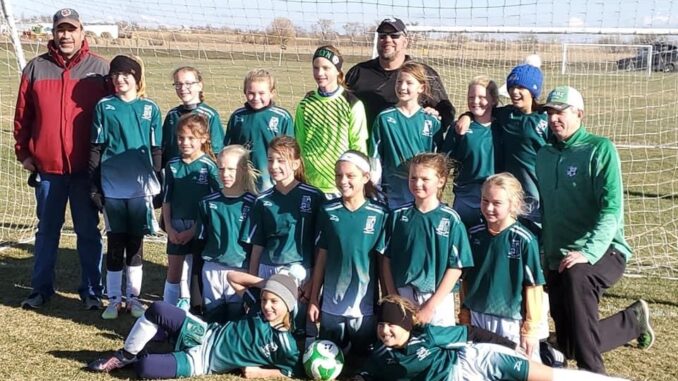 The Oahe Futbol Club U12 Green Diamonds wont he Fright Fest Tournament in Rapid City last weekend going 4-0 and playing in every season of the year in just one weekend. The team had to battle a sunny and warm game, a rainy game and battling the cold and wind on the way to the championship.

The Green Diamonds allowed just three goals all weekend while Zoey Bauer scored four goals including a hat trick in game one of the tournament. Defense wins championships they were led by Peyton Dillman, Mia Foster, Brittney Sargent, Rayya Hofer and goalkeeper Emilyn Swanson who pitched two shutouts including in the championship game 3-0.