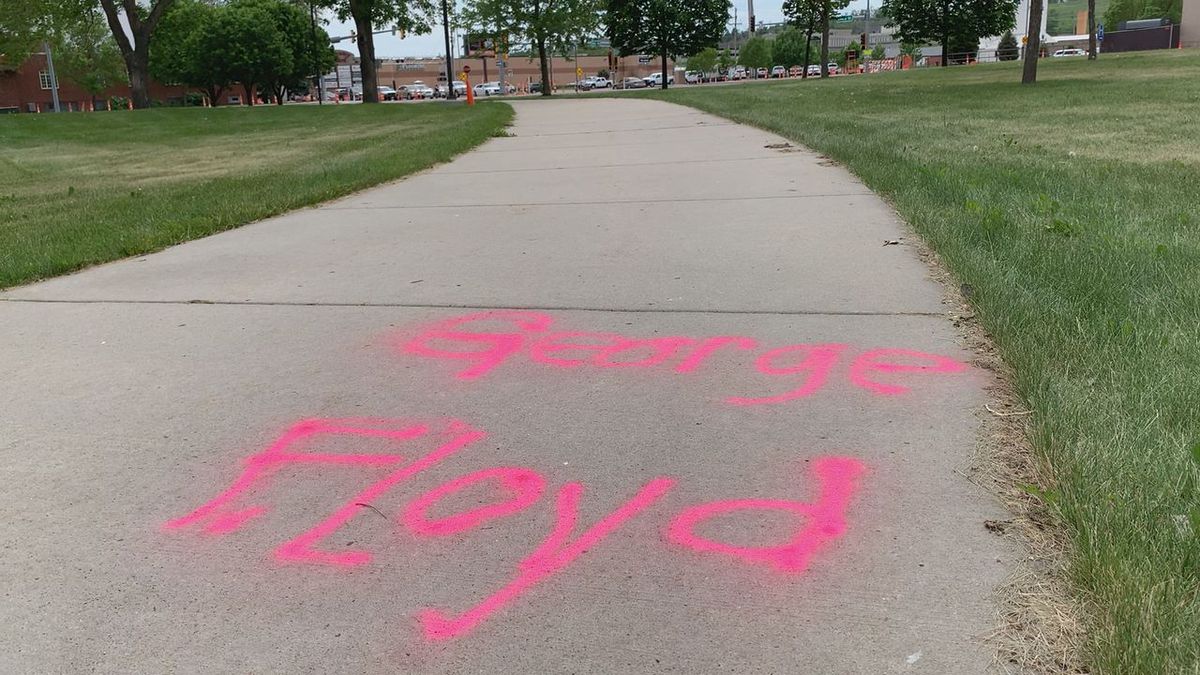 Saturday was the memorial walk for George Floyd at Memorial Park in Rapid City.

According to Rapid City Police, there were more than 400 demonstrators gathered yesterday and police say the vast majority of those were very courteous.

Rapid City Police Department’s Community Relations Specialist, Brendyn Medina said quote “We’re very thankful for those who went out of their way to ensure it was a peaceful protest with minimal issues.”

And now on Sunday Memorial Park is empty with remnants of Saturday’s peaceful walk.

The hot pink spray paint still on the sidewalks and signs still up to remember George Floyd’s name.

“We take the protection of people’s rights very seriously, as we’ve demonstrated over the last several months, including the right to peacefully protest,” said Governor Noem. “Make no mistake, mob rule and violence do nothing to honor the memory of victims. If asked, the state stands ready to assist local authorities to ensure everyone’s rights are protected. Rioting and looting, like we’ve seen in other cities and states, will not be tolerated in South Dakota.”