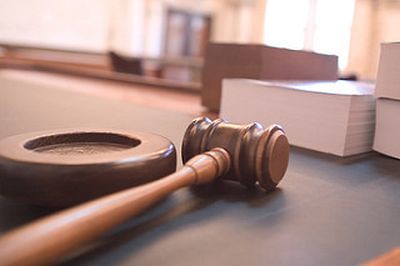 Marcin Stanislaw
Garbacz, age 42, an ordained priest assigned to the Catholic Diocese in Rapid
City, South Dakota, has been sentenced to 7 years and 9 months in federal prison.

The priest was sentenced on November 23, 2020, on fifty counts of Wire Fraud, nine counts of Money
Laundering, one count of Transportation of Stolen Money, and five counts of
Making and Subscribing a False Tax Return. Garbacz was convicted in March
2020 following a week-long jury trial at the federal courthouse in Rapid City.

Garbacz was ordered to pay a
$6,500 special assessment to the Federal Crime Victims Fund, and $258,696.19
in restitution to be split equally between three churches – St. Therese the Little
Flower, Blessed Sacrament, and Cathedral of our Lady of Perpetual Help(OLPH),
and $46,008 in restitution to the Internal Revenue Service.

While employed as a priest and
Chaplin with the Catholic Diocese in Rapid City, he devised a scheme to steal cash.

Garbacz used the more than $250,000.00 in stolen donations to purchase
for himself over a dozen gold-plated chalices, numerous bronze statues, a
$10,000 diamond ring, a grand piano, Mont Blanc fountain pens, and other
items.

Once he was made aware of the federal investigation, Garbacz drained his
bank account of $50,500 and bought a one-way plane ticket to Poland.

He was arrested by federal agents at Seattle-Tacoma International
Airport in May 2019 just before his flight was to depart.