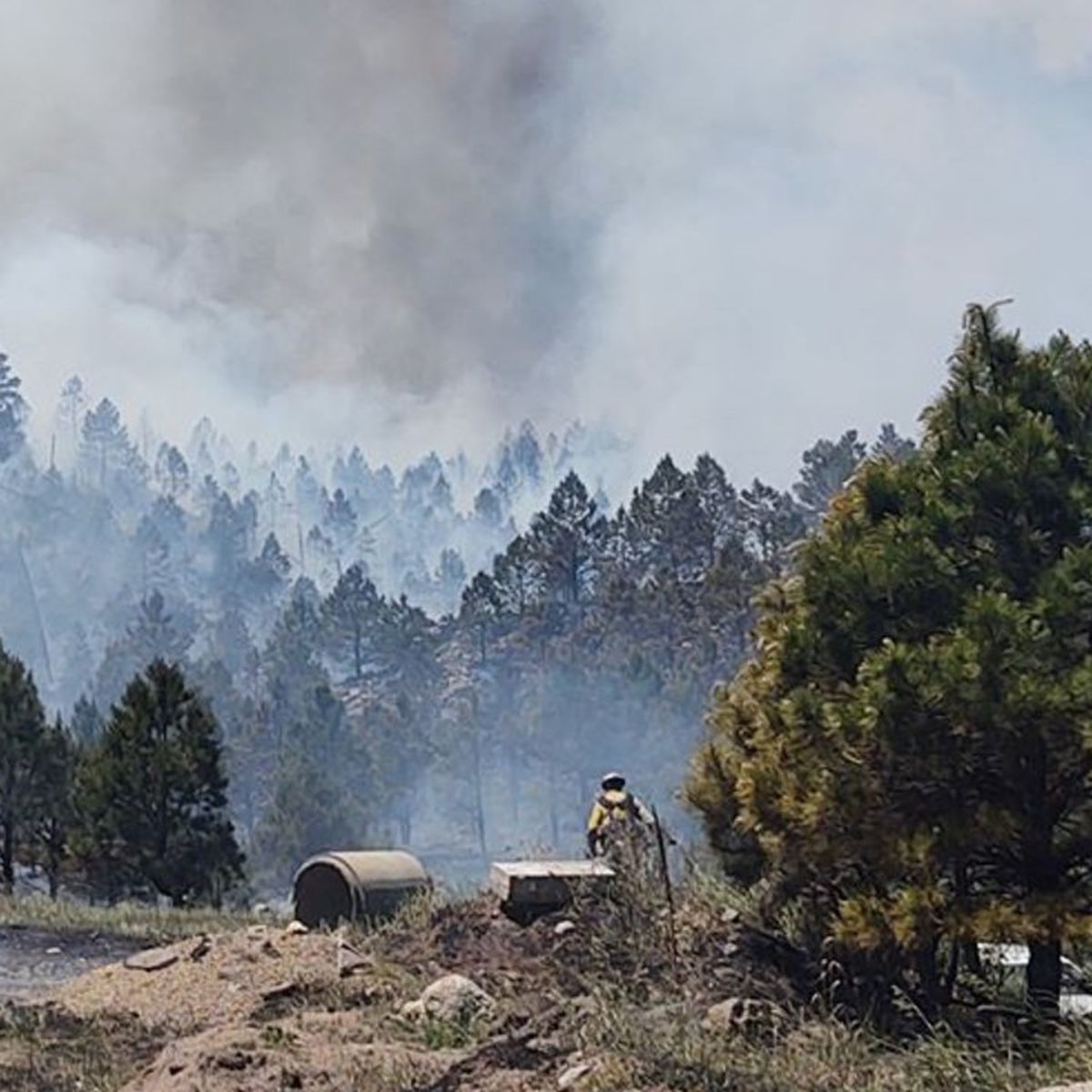 Firefighters are currently battling the Mine Draw Wildfire in Custer State Park, not very far from the scene of the Legion Lake Fire over two years ago.

The fire was first reported around 11 a.m. Wednesday off Highway 16A east of Custer and evening reports had the fire area’s size estimated at 150 acres, northwest of the Custer State Park maintenance shop or roughly eight miles east of Custer.

The Rocky Mountain Area Coordination Center tweeted Wednesday evening that eight aircraft were deployed to fight the wildfire and that hotshot crews from South Dakota, Wyoming and Colorado were mobilized.

Over a hundred people are fighting the blaze, and full containment is expected sometime Saturday at this point.

Highway 87 North from the intersections of Highway 16A and Needles Highway is currently closed.

Visitors to the park are advised to get to Center Lake from Iron Mountain Road or American Center Road.   The Legion Lake Fire burned 54-thousand acres in an area just south of this fire, back in December of 2017.

The Governor’s Office just released the below news release at noon:

The safety of the public and firefighters will continue to be the primary objective of this incident. Additional objectives are to minimize growth of the fire and keep the fire North of Shop Draw Road, East of Highway 87, and West of Mine Draw Road.

Temperatures for the day will start in the low 60s and climb to near 80 degrees. Skies will be mostly sunny until early afternoon, at which point cloud cover will increase. Showers and thunderstorms will move into the area after 5:00 p.m. Heavy rain is likely.

Currently, Highway 87 North is closed from the junction of 16A and Needles Highway to Playhouse road. This will remain closed to avoid road congestion and aid firefighters in accessing the fire to increase containment. Visitors can still access the iconic Needles and Center Lake Campground from American Center Road or Iron Mountain Road.

Custer State Park remains open, however, Grace Coolidge Walk-in Fishing Area, Center Lake beach and lake access are closed due to bucket usage for helicopters. Fire managers will continue to reevaluate closures and open areas as soon as it’s safe to do so. Park Managers request that visitors respect these closures for the safety of the public and firefighters.

Additional information will be provided as it becomes available.